MOOCs- More Than Massive Courses: They Are Massive Projects

As the acronym for MOOCs moves through the daily news cycle and travels through the Twittersphere, questions continue to surface asking, “What makes for a successful MOOC?”  While academic and corporate institutions search for the best formula for “MOOC success,” perhaps it would be instructive to consider the formula used by a successful math program developed at the University of Wisconsin-La Crosse.  It is an on-line developmental math program for high school students was created and carefully tested, and eventually expanded to a worldwide, multi-aged student MOOC.  I interviewed Dr. Bob Hoar who conceived of the concept, and who assembled a collaborative team to develop the MOOC program.  This is how they did it. 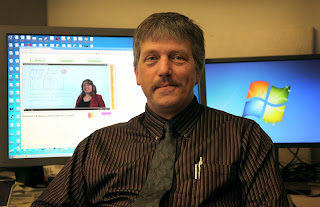 Dr. Hoar, or as he is sometimes referred to, “Dr. MOOC” is a math professor and now Associate Vice Chancellor for Academic Affairs.  When he talks about MOOCs he is quick to say, “A MOOC or a Massive Open On-Line Course is more than just a Massive Course, it’s really a Massive Project.”

From the very start, the key for the program’s success was to test and pilot the concept before taking it to “prime time.”  As Bob states, “We were able to pilot our MOOC with students that were intending to attend our university. We were able to study these students before they took the course through university application and placement test information. After they took the course we used an independent post-test and followed their progress into the freshman year. The data indicated that over 97% of the students improved their math scores.  We made a few modifications based on our findings from the pilot and opened the course to the world.”

Once the program’s success was proven, the University of Wisconsin System invested into the concept to see how the MOOC can become scalable to other institutions. At about the same time the Bill and Melinda Gates Foundation was offering grants related to our research.  Bob and his team applied for a grant, and also added a video component to showcase the success of the project. As Bob will tell you, “the video really made the difference.”

As Bob reflected on the grant he commented, “Some would say the announcement of the Bill and Melinda Gates award was the defining moment, but I think the key moment came before the award. A MOOC is a very different course and our system was not setup to handle this sort of thing. The timeline on the grant submission was short, and to get the proposal submitted, we needed to get agreement between faculty, support staff, administration, and lawyers (both internal and external to the institution). Everyone did their job and asked many questions. For me, the defining moment was when this diverse group came together and agreed that UW System was ready to offer a MOOC and that ours would be the pioneer into this new frontier.

Once a MOOC has been developed, you need to have your next steps already in place. In some regard, 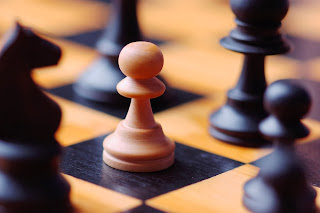 developing a MOOC is like playing a good chess match. You need to think of multiple moves in advance.  For Dr. Hoar’s MOOC a great deal of data was created. He said, “The data helps us to quickly make changes to the course, and we will continue to make data driven improvements. In addition, the data likely contains information that we have not yet discovered. The field of user analytics supports more sophisticated data analysis.”

Because of the success of this MOOC, the team received another grant, this time from the MOOC Research Institute to gain new insights into “who” is learning in the course and “what” elements of the course are having the greatest impact. MOOC Research Initiative (MRI) is funded by the Bill & Melinda Gates Foundation as part of a set of investments intended to explore the potential of MOOCs to extend access to postsecondary credentials through more personalized, more affordable pathways.  The results from this research will help in the development and and study of other potential MOOCs.

Bob added, “We are also working with other institutions (colleges, universities and high schools) to develop partnerships. One of the time-consuming, but important elements of the course is the online office hours and tutoring. Students in the course can get one-on-one (or small group) help as they advance through the course.  This group of students would have access to tutors from their own campus which helped to build a cohort-type community.”  The added benefit was that students could ask more than just math related questions. 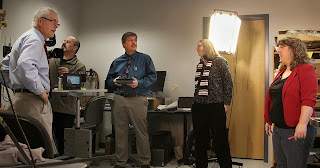 So what is the best advice in developing a MOOC?  Bob says, “Put together a team that you like working with. Include IT support, platform support, content experts, and someone to help with marketing. Our MOOC has two internal tracks, one is synchronous and one is asynchronous. A given MOOC could be one or the other, or both and each approach has its design challenges. The content is very important, but once you have that, the user experience is key to supporting the learning. To ensure sustainability, you will need to show impact. Be sure to gather the data necessary to speak to impact. Numbers are not enough."

As far as what the current MOOC trends are in the world, Bob says MOOCs are still a fairly new concept. “Comparisons to traditional courses are attempted, but the fundamental difference between the two calls for new metrics. In the next few years, MOOCs will be categorized based upon their goals and format. This has already begun, and the number of categories will likely grow. The characteristics that distinguish one MOOC-type from another may imply some measurable difference, and how well a MOOC performs on these measures will allow for comparisons of MOOCs within the same category."

MOOCs will continue to be a closely watched phenomenon over the several years, with many institutions looking to see if they can create courses and programs that are scalable, sustainable, and hopefully profitable.”  The other key is to promote and marketing what you are accomplishing with your MOOC. 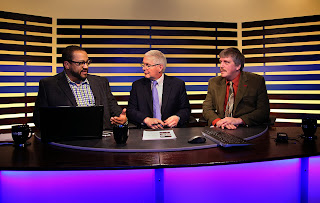 Dr. Hoar was part of a special on-line webstream hosted by Sonic Foundry that included over 1200 on-line viewers, covering every state in the U.S. and 60 countries worldwide. Marketing the MOOC concept is an important element for success. In addition, for Dr. MOOC picking a relevant topic and a group you want to work with to create a MOOC is important.  In the end he reminds us, “MOOCs are not just massive courses, they are massive projects.”